Shivering and covered in her own faeces, Shrimp was discovered on a doorstep early one morning in July. She was alone; dumped in a filthy carrier.
Sadly, more common than not, exotic kittens are often discarded once their ‘novelty’ wears off. No longer serving a purpose or being a means for profit.
My work was conveniently next to a PetBarn on the day I received that call. Racing next door, I grabbed food and bowls for the poor little girl and headed straight to pick her up to take her to the vet.
It was evident to all involved that the owner (and I use that term loosely) was not interested in caring for her.
With both ears severely infected, severe dental disease, and most evidently the invisible scars from the trauma of neglect, Shrimp was hard done by. The first two of the diagnoses can be treated in time, but the third takes many months and even years of careful and consistent care from an experienced foster carer.
After three weeks at the pound (sadly yes, she was microchipped), we finally got the all-clear to go and pick her up. While at the pound Shrimp was desexed and put on daily medication for her infected ears, sadly there was going to be a 4 month wait for a dental at the pound so BFFR signed a waiver to allow her to leave the pound on the provision that WE would cover the costs of her dental work. Kat didn’t hesitate to do so, as we couldn’t fathom the idea of her spending months in the pound waiting to be treated. Shrimp’s dental was extensive and amounted to $1,030.44.
I picked Shrimp up and bought her home to settle her. Her ‘home’ set up was in my spare room and the whole experience had left her terrified. So terrified she wouldn’t even eat. We set her up in a cardboard box filled with soft blankets, warmed-up heat bags, and all her food and water nearby.
Understandably her first two weeks in care were hard. For both of us. Constant vet visits, tummy troubles from Shrimp (a very common thing when cats are stressed), and around-the-clock medication made it difficult for her to trust me.
Her ears weren’t making much progress however Lynbrook suggested we try a new compounding medication that lasts for one week and can be repeated as necessary. I was so pleased to hear this as it meant no more twice-daily ear syringes for Shrimp. This was a smashing success, and she didn’t need a repeat.
With her ears infection-free, tummy finally settled, the desexing wound healed she was ready for the final piece of her health puzzle, her dental. She was a stinky girl upon entering care, due to not self-grooming which can happen in cats who are stressed and/or with dental pain. She headed into Lynbrook Vet, who treated her like a princess and even gave her a bath followed by big cuddles post-surgery.
She returned home and was a new cat, she smelled and looked amazing, and her appetite really increased post dental. The focus then turned to show Shrimp the love she deserved.
Every day we spent a minimum of an hour patting her and sitting with her. She loved bottom scratches and bit by bit she began to go from sitting in her box to standing in her box. I’ll never forget the day I heard her very faint, but unmistakable purr.
Fast forward two months and she was walking around the room, loving pats, and retreating to her beloved box when things got a bit too scary. One night at 4 am, I heard a meowing at her door, and I entered the room slowly as she fell over on her side for pats. She just wanted a rub!
When we began the adoption process for Shrimp, we were adamant we wouldn’t adopt her out until we found the purrfect home for her. It was hard work.
We didn’t want anyone just interested in her breed, and not surprisingly we were inundated with ‘we would really love a British Shorthair’ responses.
Her forever family was touched by her story and loved her from the moment they saw her. When I met them, I remember thinking how gentle and kind they were and how this was the perfect fit for Shrimp, who has a gentle soul. She was purring at the meet and greet, and her easy transition was a testament to how perfect a fit they were together. 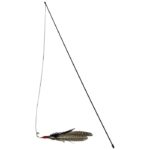 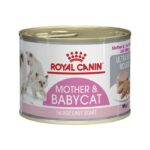 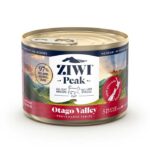 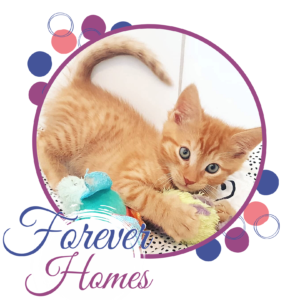